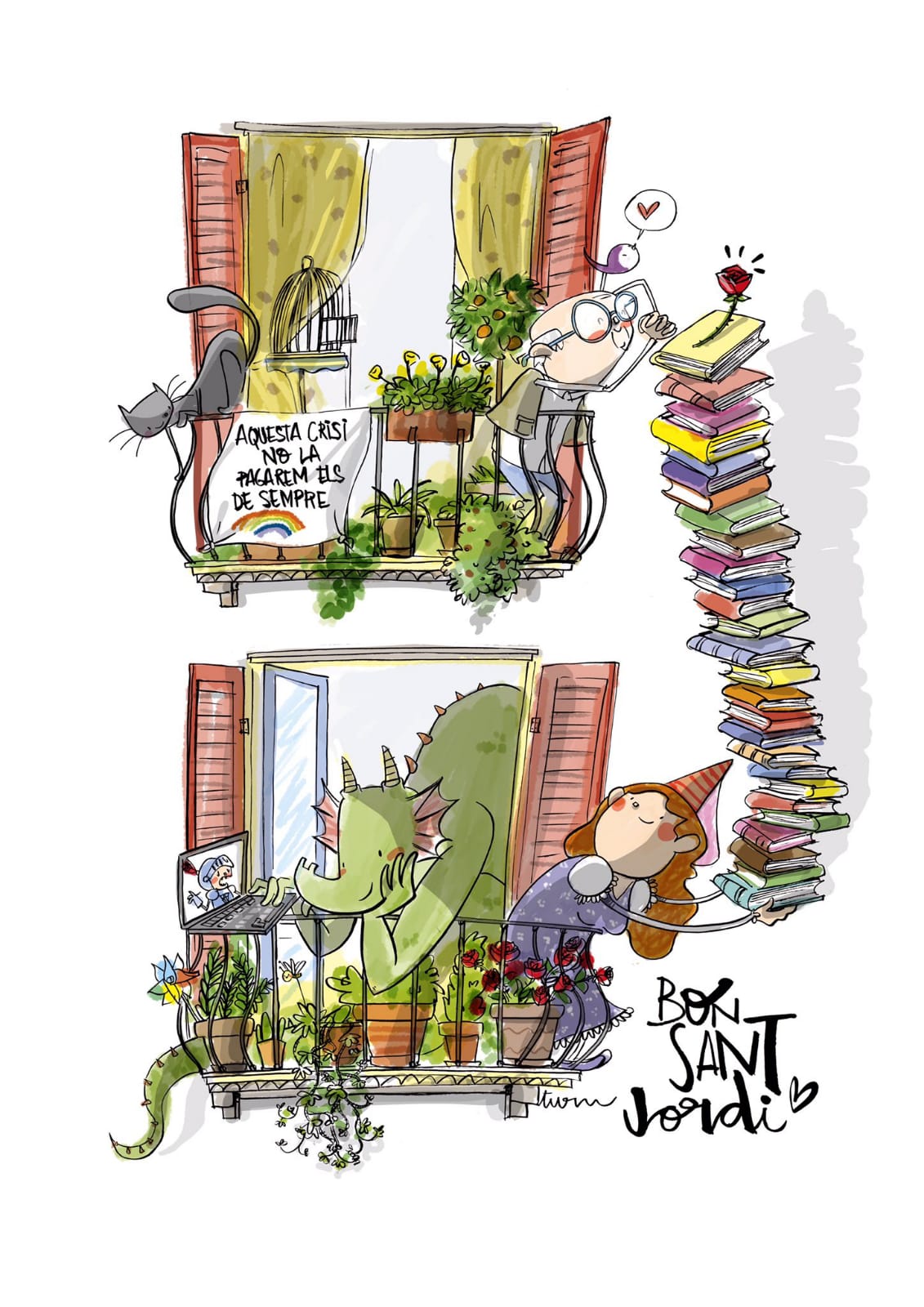 No, El Dia del Llibre is not cancelled in 2020, merely moved forward to July 23rd after the Covid-19 virus lockdown is lifted, (even if social distancing must still be strictly adhered to), the show must go on! I for one would love to see the national dance of Catalonia, Sardana, performed in Barcelona’s Plaça Sant Jaume or even to attend one of the bars where they have 24-hour Readathon (if a lady of my age can stay awake that long. Hmm!)

Sant Jordi’s Importance to the Catalans 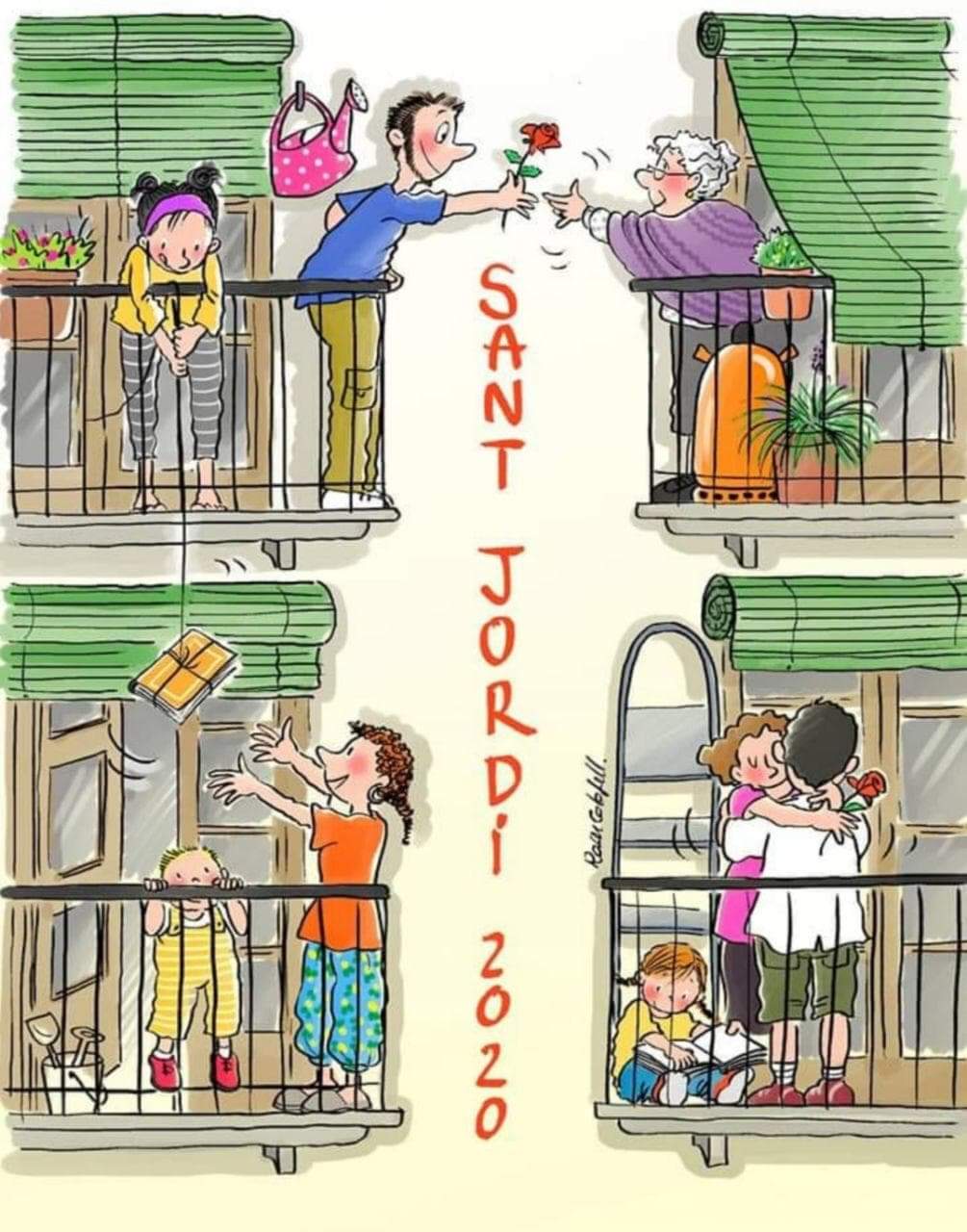 23rd of April is known as Sant Jordi’s fiesta day throughout Spain, but he is the patron saint of Catalonia. The Catalans’ attitude towards this romantic celebration of giving books (El Dia del Llibre)and roses (El Dia de la Rosa) on this special feast day is of unwavering importance to each and every one of them. The gift of roses has dated back to medieval times as a romantic gesture. Yet, it was only a lover of all literature Barcelona bookseller who in 1923 started promoting this bookselling day in esteem remembrance of some of our greatest writers in Shakespeare the Bard and Miguel Cervantes, who both deceased on this same day. 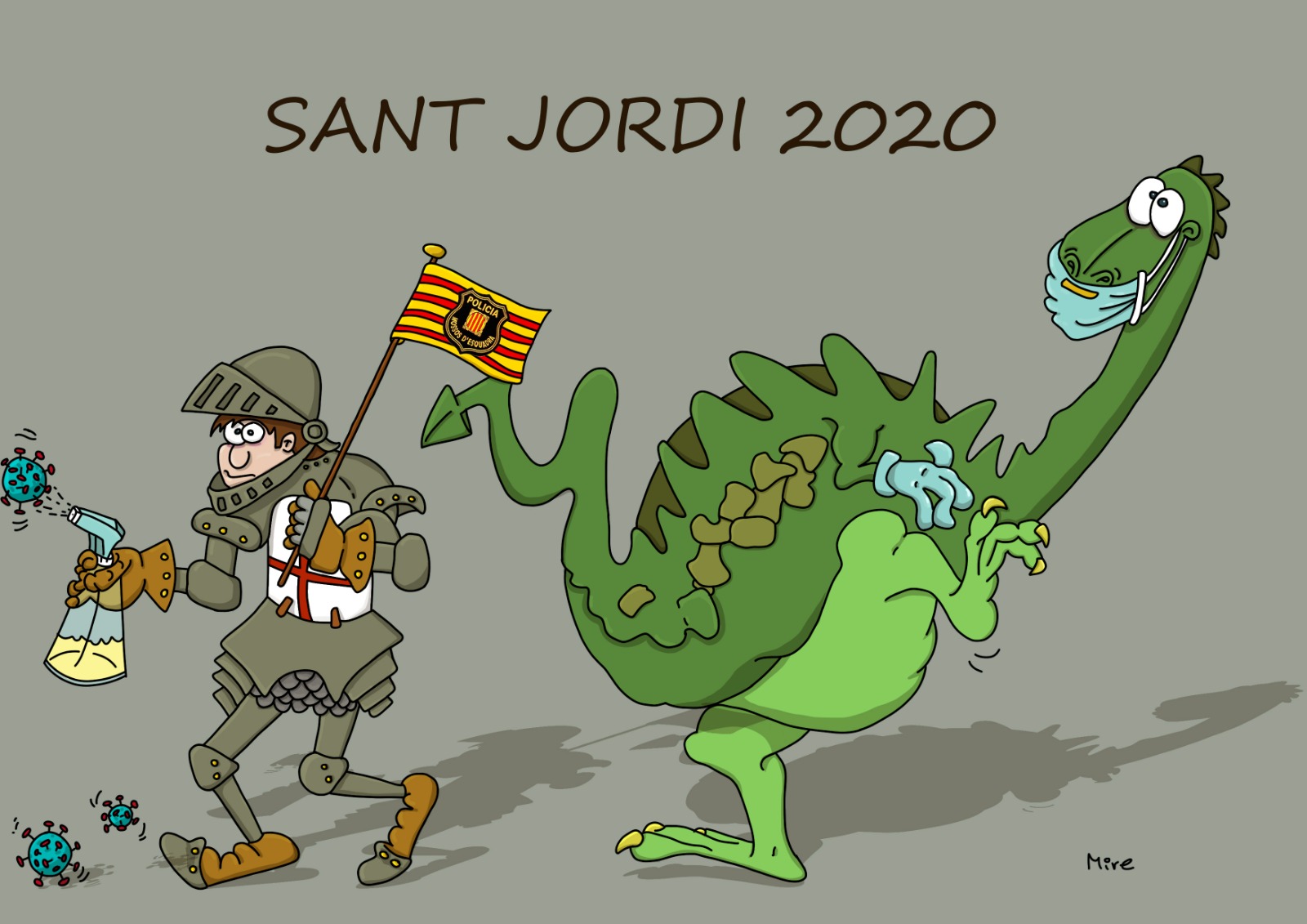 The legends of Sant Jordi slaying the dragon and saving the princess (Montblanc, Medieval festival, Catalonia- except cancelled this year) have been written about in many children’s books in as many languages. I have often favoured to use them in tutoring materials for youngsters. Today, I still delight in reading them myself.

However, in March Catalan News reported that “the Som cooperative and the Mortensen agency launched the #LlibreriesObertes campaign“. This is an innovative way to assist the booksellers who would suffer an untold financial loss during this crisis where they normally sell over 800,000 books on this one day. Thus, this scheme allows us during the virus isolation period to order and pre-paid (the money is forward immediately to the bookshops to keep them afloat) for the books of our choice and post-lockdown we can pop along and pick them up. These co-operatives were encouraging the people to come out on their balconies and read out loud from a chosen book today. How cool is that? 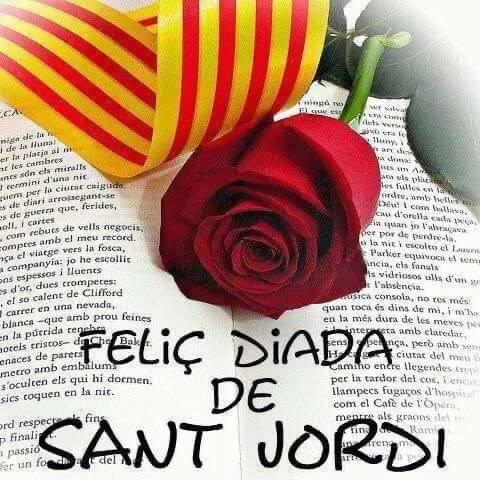 The Florists who make the lion share of their income on Sant Jordi’s day were also encouraging people to order their flowers online and to decorate their balconies still in the celebration of this feast.

So how did you spend this day?

I was delighted to wake up to see some awesome and cleverly crafted cartoons being shared with me across both Facebook and WhatsApp. They were so clever and so depicted the times we live in under this pandemic. I think these cartoonists justly deserve praise and airing to those who did not see them. They say a picture speaks a thousand words – well, these did speak to me as a voracious reader. 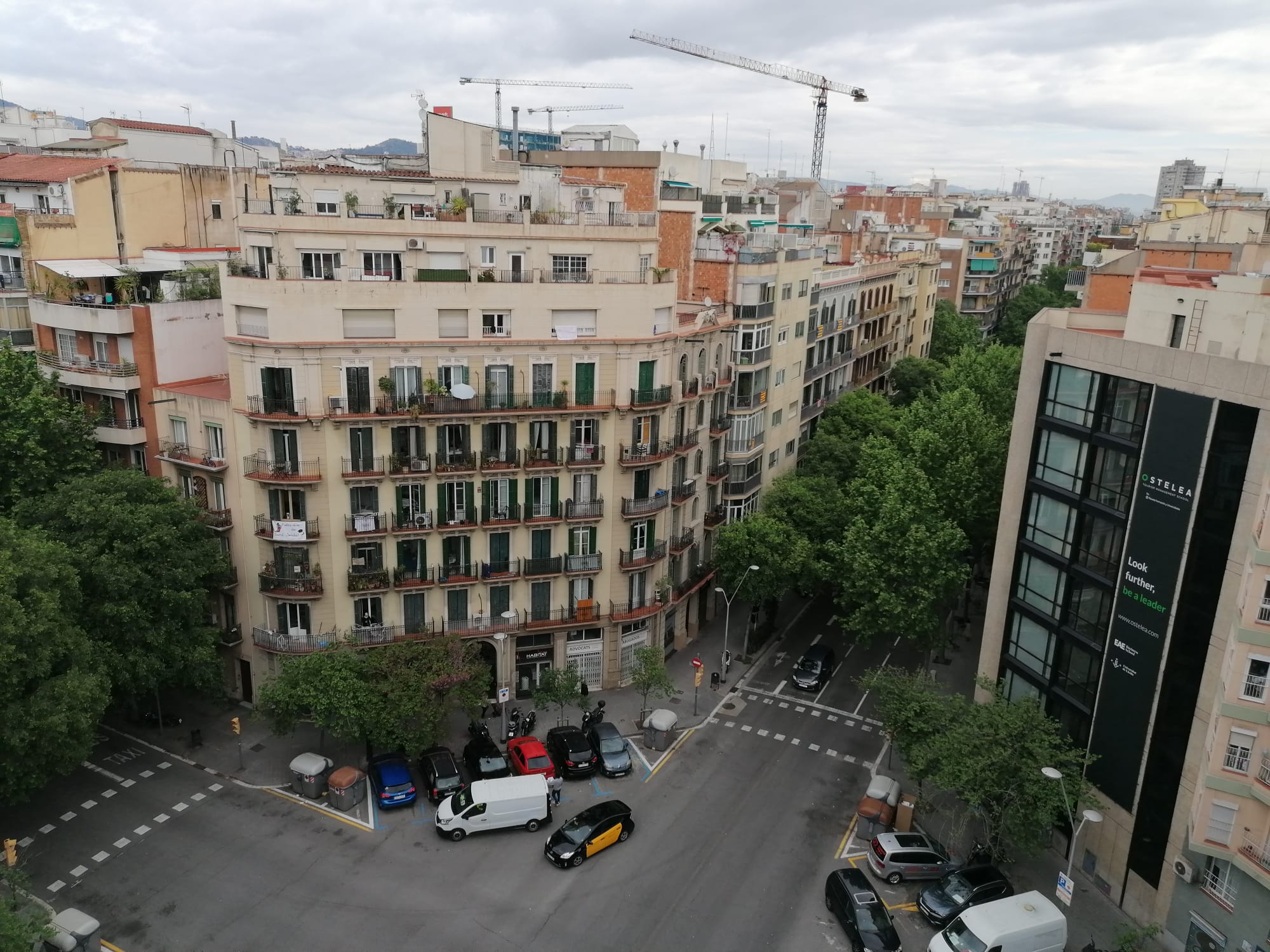 Then another writer/artist friend of mine Nuria Vives who usually resides on the outskirts of the Ebro Delta sent me a deserted street photo of Barcelona – a view from her Mums apartment. This crossroads junction (Arago’ Street) would pre-shutdown be hustling and bustling and full of people on the street celebrating El Dia del Llibre. Furthermore, knowing my obsession with books shared a quotation/drawing from “one of the most beautiful books I have read,” by Antoine de Saint Exupery, l’auteur aussi des dessins – The little Prince. So I look forward to reading both the English and French versions. 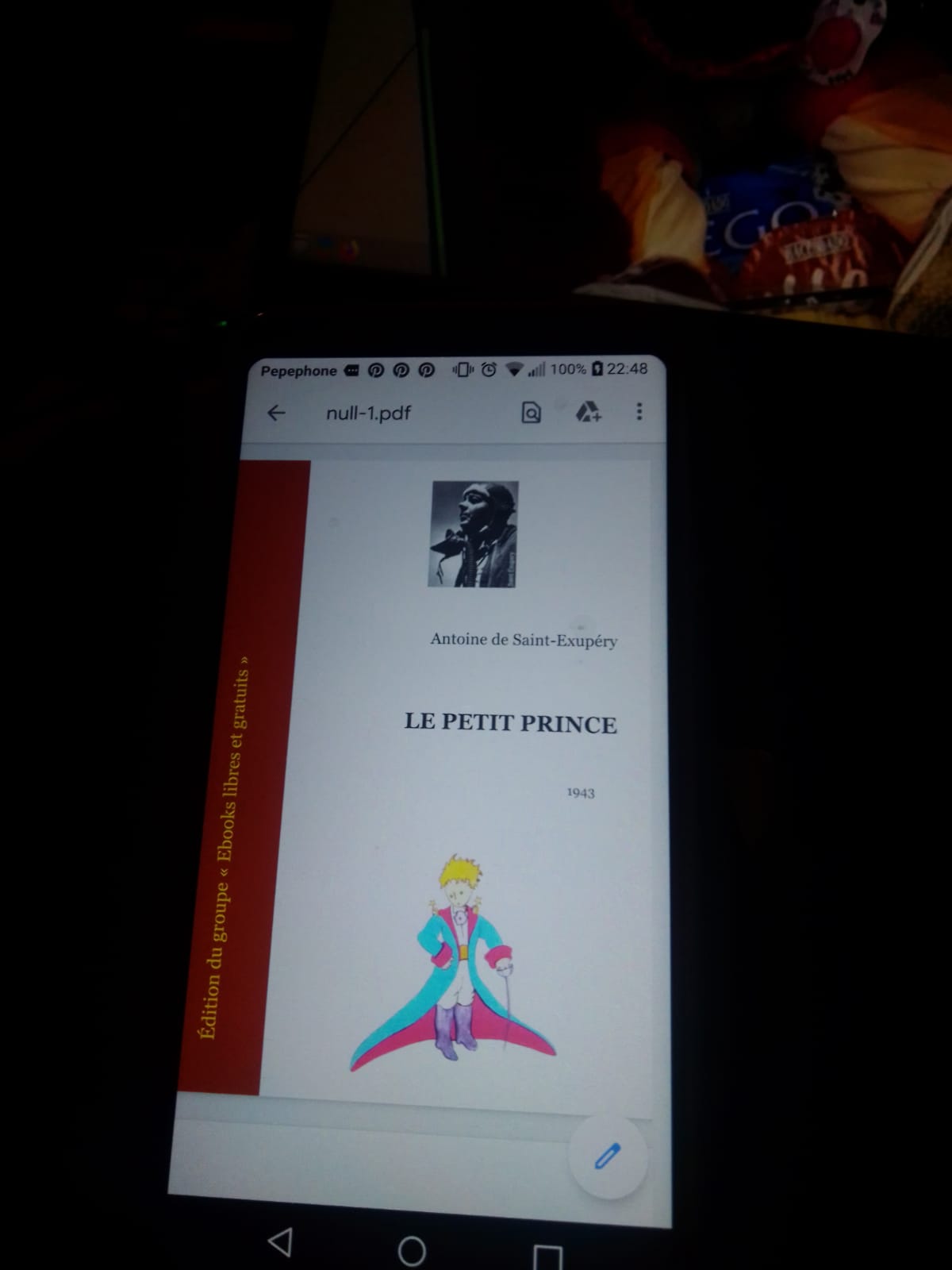 A young romantic couple sent me a lovely photo of themselves with a cheery message, “Much love from Jesus, El Canalet, “Jaume and Fressia. Due to the closure of businesses in Barcelona they have returned to spend isolation in the countryside, just outside Tortosa. They are fortunate to now have a garden/land to walk about in, unlike many confined to their apartments with or without balconies back in the capital. Yet, I’m sure they would have preferred to have been able to celebrate Sant Jordi’s day in the traditional Catalan way if we were virus-free. At least they are thankfully safe! 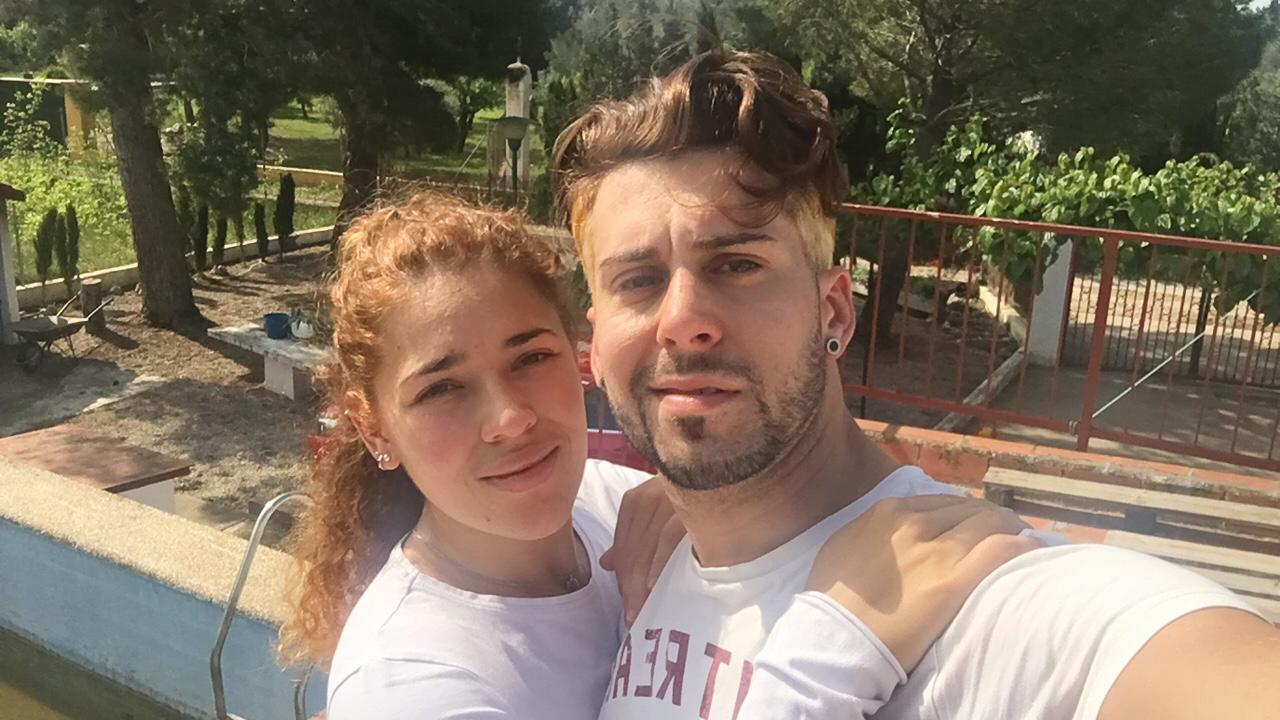 A close friend and another prolific reader, Araceli who hales from the Tortosa area, shared my sentiments indeed when she posted today quoting Oscar Wilde “If one cannot enjoy reading a book over and over again, there is no use in reading it at all.”

I smiled to myself as I’ve started re-reading one of my favourite books (in English) of a well-known author from Catalonia: Carlos Ruiz Zafon, The Shadow of the Wind while I was sitting on my finca admiring my roses coming into bloom.

Well, while the likes of Araceli and myself await the libraries re-opening or personally pouring over umpteen bookstalls (now 23rd July, 2020) and finally hand-picking an armful of literary geniuses that we have not read, we will merely make-do with what we have in-house. (Charles Dickens and Shakespeare I’ve read several times and will again.) Yes, my soul-sister as you rightly say we will never be deprived of our love of literature, no matter how strange the confinements were on this Saint George’s day. 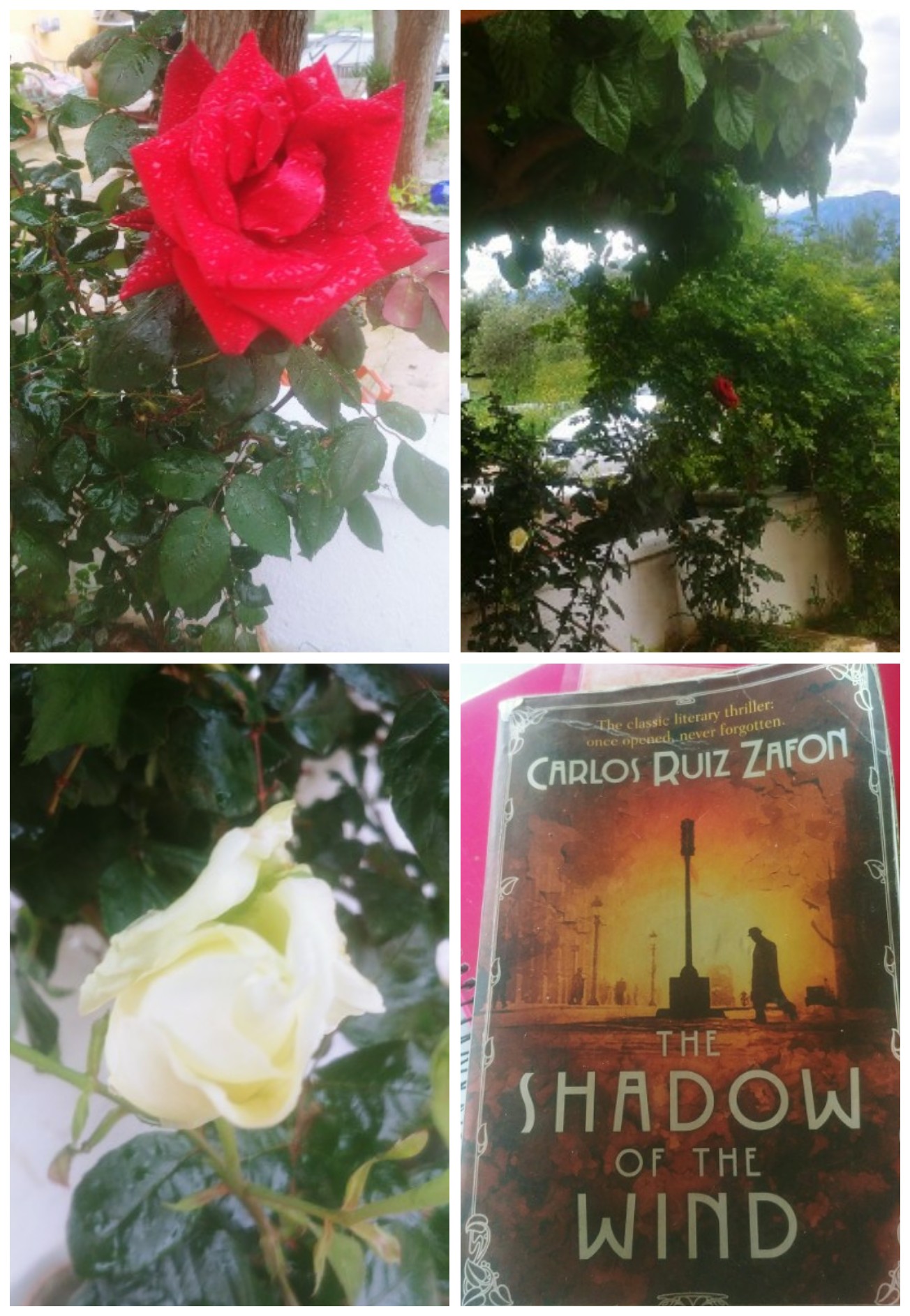 Aside: I look forward to you sharing your experiences and photographs in my Comments . 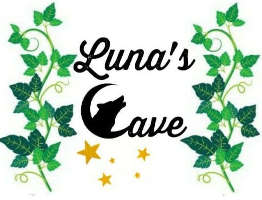